Probblehem to go into second edition

Heard that the Probblehem, the first book about our adventures in Bowen Cove, sold out again last week. So rather than another reprint it's going into a second edition with a new spanky bright cover. Still tells the story of how Plug found Sydney the Smuggler in a drawer in his grandparents cottage and met up with us smugglers back in Queen Anne's time.

Smuggling in the Storms

Had some interesting landings last week, what with those storms and everything. Thing is, the Revenue Cutter won't go out in that weather, which means we do. Almost lost The Windycutts down at Mupe Bay. Lot of rocks there and she got blown right in. Bit of damage but we managed to anchor her up. Quite a job getting the cargo off though. Ever tried rowing a boat in a gale and five foot waves? Sometimes wonder why I do it. I don't even drink brandy! Don't want to leave Isabel without a Dad. Or me without a me, come to that. I think it's just the excitement after you've been mending boots all day!

The local Purbeck quarries are a gift for us West Country smugglers. Much of the stone is moved on by by sea. With all the boats to-ing and fro-ing the Excisemen don't notice an extra ship or two berthing alongside the stone ships. The quarries have a maze of passages and trenches, and if you're being chased you can dart down a tunnel and soon be hidden behind a pile of rubble, or a slab waiting to be dressed. The quarrymen are rewarded for helping us out...if you get my drift! 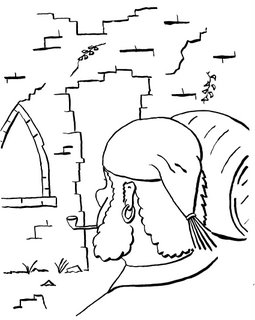 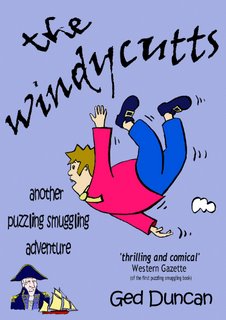 Perhaps most famous smugglers in Cornwall were the Carter family of Prussia Cove, where John the eldest son, because of his admiration for Frederick the Great, King of Prussia, named the cove after him. His activities were notorious; he set up a small battery of cannons on the cliffs and used them on one occasion to fire upon the revenue cutter "Faery" when it got too close. Two years earlier, in 1801, he intercepted the revenue cutter "Brilliant" as she made for Penzance with contraband previously recovered from his operations. Fearing the displeasure of his customers, he bearded the boat, recovered his property, and returned the goods to them.