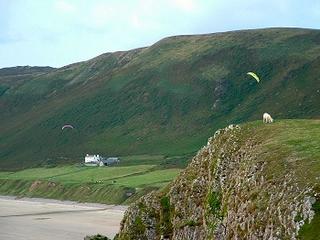 Small remote bays such as Pwlldu and the aptly named Brandy Cove were undoubtedly used more than any other location to land 'the goodies', and it was at the nearby Great Highway Farm that Devonshire-man and illicit trader William Hawkin Arthur lived. Ideally located, Arthur soon gained the reputation of being Gower's smuggling king.

Arthur's smuggling gang would set to work as soon as a vessel had sheltered secretly within the dusk of a secluded evening shore. The illicit goods would then be swiftly unloaded and hauled by pack horses halfway through the deep valley at Bishopston to the quiet lane (today known as Smugglers' Lane) leading to Highway.

A stranger and his wife were being rowed from Swanage to Poole in the 1820s and were curious to see a line of corks bobbing the the water. The boatman explained that they were lobster pots – they were actually markers for kegs of brandy hidden underwater (known as ‘sewing the line’).

The stranger insisted on pulling up the ‘lobster pots’, only to discover the kegs of brandy – unfortunately for the boatman and the smugglers, the stranger turned out to be the new Chief Customs Officer for Swanage and the smugglers were arrested the next time they went out to collect their loot. 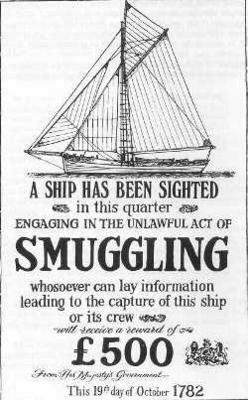 A report written in 1813 about the Rye and Hastings area estimated the annual illicit import of brandy, gin and other spirits into this locale alone was between 3 and 400,000 gallons a year! Just prior to this, a report on the import of tea suggested that of 24 million pounds of tea drunk in England each year, some 13 million pounds was brought in by smugglers.

The brother and sister team, the Fyns, were notorious smugglers and pirates, who used Looe Island as their base. Black Joan, as she was universally known, was the more fearsome of the two and is credited with the murder of a Negro whose ghost is now said to haunt the island.

From 'Smuggling in Cornwall'
www.connexions.co.uk/culture/smuggler.htm

French Peter and the Customs Man 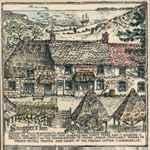 French Peter was a smuggler who at one time had a price on his head, and a local anecdote tells how an innocent young customs man, John Tallman, visited the inn seeking information about French Peter. This inn is at Osmington, Dorset and is now called 'The Smugglers!'

"The landlord plied him with brandy and stories of French Peter's brave deeds and ferocious temper. With each glass the stories became bolder, and the young preventive's eyes wider. So when French Peter's ship, the Hirondelle, dropped anchor in the bay below the pub, Tallman was not quite so anxious to make his acquaintance. He turned to the landlord for help, and Emmanuel suggested he hide up the chimney in what is now the Old World Bar.

No sooner had the lad hauled himself up the flue but French Peter came in the door. Peter's greeting 'How do you fare, Manny?' wasn't met with the customary warmth. Emmanuel put his finger to his lips, rolled his eyes, and pointed at the large fireplace, then asked Peter if he'd like his usual glass of gin. The Frenchman, who drank only cognac (presumably not the stuff he imported) was quick to sense that something was not quite right, and replied 'I'm feeling a bit of a sea-chill today, Manny, perhaps I'll have a tot of brandy, and what about a warming fire in yonder grate?' 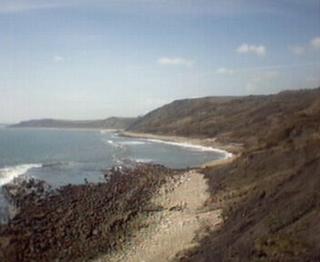 The two men set to work with damp twigs, heather and rotting leaves, and soon the choking smoke brought the unfortunate revenue man out of his hiding place, much to the amusement of the watching locals. After a further large tot, he was dusted off and sent back to Weymouth." 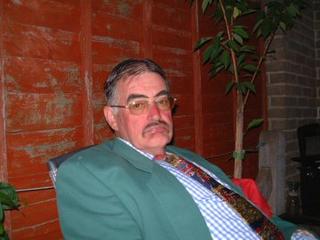 Well he could hardly be seen 'at small' could he. After his shameful efforts in 'the probblehem' Mr Hansomby-Ponsonby has been seen out and about again in Bowen Cove. He was looking less than happy, which is understandable as he had just been outwitted by a miniature smuggler only a few centimetres tall. Gran, who is not one to gloat, took the photo for this blog. Mr Hansomby-Ponsonby did not seem to be saying much, but may have been muttering something like, 'I'll get you!'