Hannibal of the Lee

One of the most notorious smugglers known to have operated from Lee (Lee Bay - North Devon) was Hannibal Richards. Six foot tall, with long black hair, he and his five-foot wife moved here in 1789 from Morwenstow in Cornwall, where he had been one of the Cruel Coppinger's gang of smugglers.

Hannibal Richards lived at The Gwythers, then a farm, but soon returned to his old ways. He was well-known to the Collector and his name appears in, several reports but he seems never to have been convicted. Nevertheless he had several close shaves with the coastguard and revenue. After a raid in which he was the only one of his gang to escape he decided to retire. He died in 1849 at the age of 85. He and other members of his family are buried in the churchyard at Ilfracombe.

www.stories-of-ged.co.uk - stories, books and ebooks for children and adults 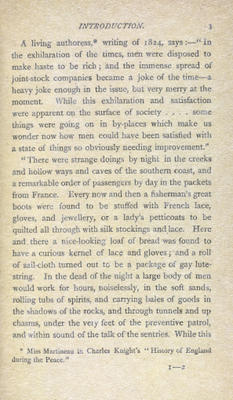 This is an extract from '1873 Reminiscences of Smugglers' found in the British Library. It contains accounts of smuggling from early in the C19th.

www.stories-of-ged.co.uk stories, books and ebooks for children and adults 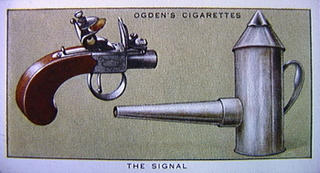 A Spout Lantern was used by smugglers to direct a light out to sea that would not be seen on land by revenue officers.

Source: Dorset and the Sea http://www.swgfl.org.uk/dorset/html/galleries/smuggling/spout_lantern.htm

It was common for ships returning from India and China to 'hover' off shore and sell untaxed goods such as china, silks and cottons. The most celebrated case, being in 1763, when three East Indiamen lying in Falmouth harbour, reputedly sold £20,000 of goods to the local inhabitants in this way.